Enhancing the effectiveness of biotherapeutic production

A high-quality cell line with stable production qualities is critical in the manufacture of biopharmaceuticals. However, given the number of factors that can influence cell line quality, the increasing complexity of biologics, and the growing regulatory requirements regarding proof of clonality, achieving such a cell line can be cumbersome. 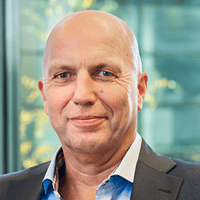 In this article, Dr Louis Boon, Chief Scientific Officer at Polpharma Biologics Utrecht, shares some of the techniques they use to overcome challenges in cell line selection and optimize biotherapeutic production. Underlying the unique approach is:

● A method designed to influence the charge profiles of the biological to improve cell-specific productivity
● A technique developed to precisely modify the critical quality attributes of the biological to optimize effector functions
● An automated, high throughput approach to search and select the optimum high-yielding proven monoclonal cell line

A common approach used to achieve high productivity is to increase the viable cell density (VCD) in the upstream processing phase. While high VCD results in higher product titers, it introduces problems during the later downstream processing (DSP) phase. The clarification of more cells is more challenging and requires large filter surfaces—furthermore, higher VCD results in more host-cell-related impurities, which researchers must remove during DSP.

An exciting area of development focuses on enhancing specific cell productivity with the addition of citrulline. The technology is based on increasing the cellular volume rather than using the traditional increasing VCD method. This unique use of citrulline in the culture medium increases the volume of mammalian cells more than 2-fold whilst decreasing VCD by 60%, which leaves total biomass and productivity unchanged. Furthermore, they observed that citrulline was able to modulate the charged profile of the product by decreasing the product’s percentage of acidic species.

Moreover, the presence of citrulline can reduce host cell protein content by 40% and increase the filterability for clarification by 40%/gram of product - due to increased cell size and consequently cell-specific productivity. The latter has enormous consequences for the GMP footprint of the cell culture clarification step as the increase in specific productivity results in a reduction in cell debris needing removal during clarification resulting in less product loss and consequently lower costs.

Biologics, such as mAbs, are inherently complex molecules with defined tertiary structures, including an N-linked glycan on the heavy chain constant domain, requiring specific post-translational modifications (PTMs) and a cellular system to perform complex protein folding and glycosylation. This complexity, coupled with the inherent variability of cellular factories producing them, may cause several challenges to arise.

Although certain aspects regarding the quality of the product may be related to the nature of the cell line, by far, most PTMs are introduced in the upstream process. Recombinant biotherapeutic proteins can misfold and stress the secretory pathway, resulting in protein degradation or cell death. Multi-chain biotherapeutic proteins may fail to pair correctly, and glycosylation may be incomplete, impairing the biologic's structural and bio-functional characteristics. Variation in N-glycan species may affect effector functions such as antibody-dependent cell-mediated cytotoxicity (ADCC) and complement-mediated cytotoxicity (CDC), which are linked to drug efficacy.

Another key advancement, leveraging our extensive pathway platform knowledge and metabolic understanding, has been establishing an upstream process modulation toolbox for improving process efficiency and reliability. The tools developed in this modulation toolbox can specifically modify critical quality attributes such as terminal galactosylation, core-fucosylation, and mannosylation on the biological to optimize the effector functions for novel biological entities. Molecules such as citrulline described above can be used to modulate the charge profile of the product.

Another critical parameter is culture media optimization. While researchers should tailor the culture media to the selected clone, using off-the-shelf media as a foundation may avoid potential supply chain bottlenecks and reliance on a single supplier. Bypassing these potential problems will help to reduce downstream process challenges and facilitate process efficiency.

The ideal production cell line will have high cell-specific productivity and titers, demonstrated scalability and stability, and monoclonality verifying the cell line derives from a well-defined single cell. The cell line selection procedure necessitates screening thousands of clones to find one with these optimal characteristics.

Traditionally, researchers perform cell line selection over gradually increasing volume scales using manual techniques in microtiter plates up to small bioreactors. Using this classical approach, the timelines to achieve a monoclonal cell line are incredibly long, stretching over 50 weeks. But due to significant advances in microfluidics and automation, researchers can now replace this previously time-consuming and multi-step process with automated instrumentation such as Cyto-Mine®.

Cyto-Mine® integrates isolation, screening, sorting, imaging, and dispensing into a single benchtop system that streamlines workflows and significantly reduces timelines. The system rapidly isolates hundreds of thousands of single cells into individual picolitre volume droplets called picodroplets. Encapsulation in picodroplets enables each cell to be assayed in its own microenvironment and selectively screened based on which single cell exhibits the highest specific productivity. Notably, the platform integrates high-speed imaging into the single cell dispensing step, allowing researchers to recover top clones with visual proof of monoclonality without any additional screening or instrumentation.

In summary, the combination of a comprehensive understanding of the intracellular mechanism by which the therapeutic protein of interest is produced, and its quality is modified with automated, fully integrated upstream processing technology can improve biotherapeutic production effectiveness. Using this approach during cell line selection, researchers can attain stronger candidates for downstream processing through significantly faster timelines.